written by William Patton on June 16, 2013 in Book Review with no comments
← older posts newer posts →

Recently I had the chance to read through a book written by Thoriq Firdaus of HongKiat – Responsive Web Design by Example.

Each of the 3 projects in the book goes into detail about all of the code used, how media queries affect what you see and why it’s done that way. Very little previous knowledge is presumed and there’s plenty of reference material linked throughout if you do want to dig a bit deeper.

The only thing you need to know before you read this book is some basic HTML and CSS – as such it’s recommended for the beginner through to the intermediate web developer. Advanced web developers will still get something from this book though as the reference material is great for advanced devs and Thoriq goes into detail of setting up & using CSS Preprocessors, like Saa and less.

If you’re interested in the difference between Sass and Less then I encourage you to check out Thoriq’s blog post comparing the 2 CSS preprocessors.

Disclosure: I was contacted by the publisher and asked for my opinions. I was more than happy to oblige because I actually wind up reading Thoriq’s blog posts when I’m trying to figure something out for myself, so I knew the book would be good and I’m actually pretty chuffed to have been asked. 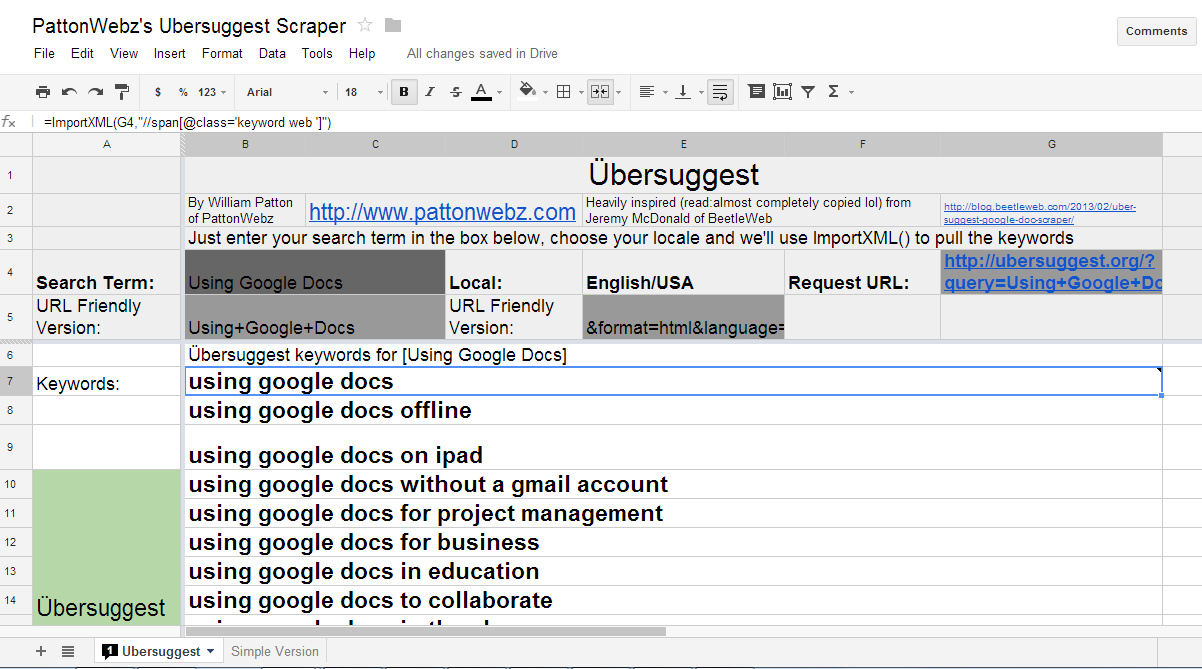 Build your own SEO Tools – Ubersuggest, Google Docs and ImportXML()